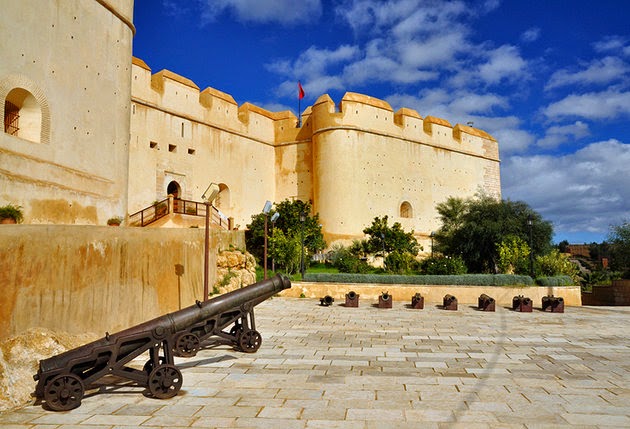 Among the fascinating places in Fez city, Morocco Fez Tours can offer are the Northern and Southern Towers, which are an ancient fortress built by the Saadi in 1582, and whose design inspired the shape of Portuguese castles that existed in the sixteenth century.

The North tower of Fez is divided into about 14 halls and 18 small rooms, in which you will see large groups of weapons ranging from different stone weapons, swords, spears, French and Portuguese guns, traditional large guns, and a shield called the “Derraka”, which is one of the museum’s most prominent exhibits, it is a thick leather shield with simple drawings dating back to the Bronze Age.

the Northern and Southern Towers, which represents an ancient architectural monument and an area of ​​2250 square meters, according to media reports, was considered one of the biggest observation points for Fez. They were a factory of conventional artillery and are now a museum of conventional weapons.

The history of the Towers, which are located on top of a steep hill, and are characterized by their wonderful views of the city and their proximity to other prominent historical and natural landmarks, such as Bab Boujloud, Bab Fetouh, and Al-Qarawiyyin Mosque, go back to the era of the Saadi dynasty, as it was ordered to be built by Sultan Ahmed Al-Mansour for defensive military purposes. During the French rule, he used to be a prison, and in 1963 it was converted into an arms museum, to become one of the biggest tourist attractions in Fez, visited by tens of thousands annually.

The design of the building presents a balance between its geometrical blocks in a harmonious manner around a central nucleus. According to a widely circulated hypothesis, the constellations were added in the Alawites Era.