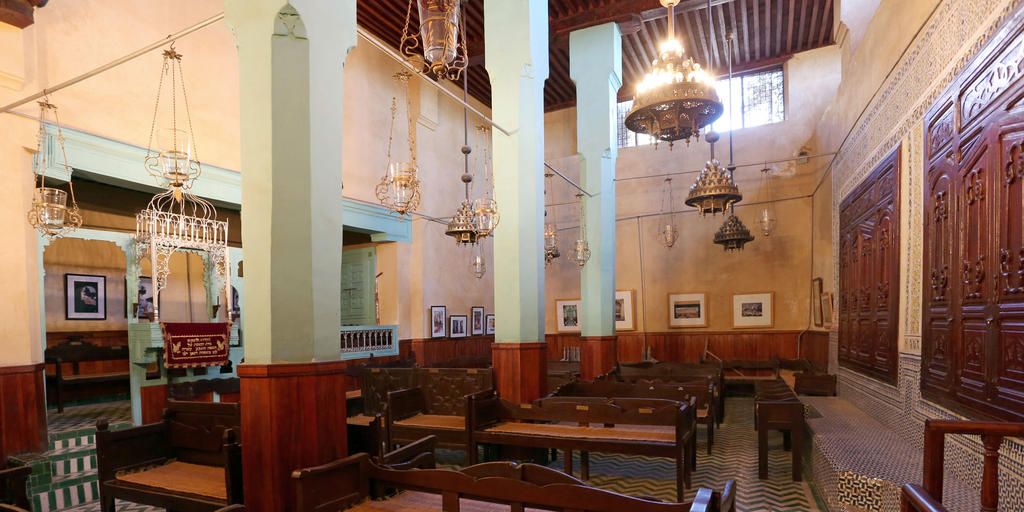 The Moroccan city of Fez is one of the rich cities with its Islamic monuments and ancient history. However, it also contains Jewish religious monuments to bear witness to the peaceful coexistence between Muslims and Jews in Morocco and the richness of the country’s culture. In this tour, Morocco Fez Tours will introduce you to this ancient monument to discover it.

The Ibn Danan Synagogue was built in the 17th century by the Al-Danan family, and it underwent a process of reform and restoration at the initiative of the “Jewish community in Morocco”. It was officially opened in 1999. It is also the first Ibn Danan synagogue announced by the Ministry of Culture in 2002 as a landmark.

The Jews have been in Morocco for more than two millennia. Until the 1950s, about 250,000 Jews lived in Morocco. Today, the Jewish community does not exceed three thousand people, distributed in cities such as Fez.

At the beginning of the twentieth century, there were ten synagogues in Fez, four of which were particularly distinguished, as was the synagogue “Ibn Danan”.

The temple witnessed a number of renovations, as it witnessed a restoration in 1870, then it was restored with funding from American Express in 1996, and it was opened in 1999.