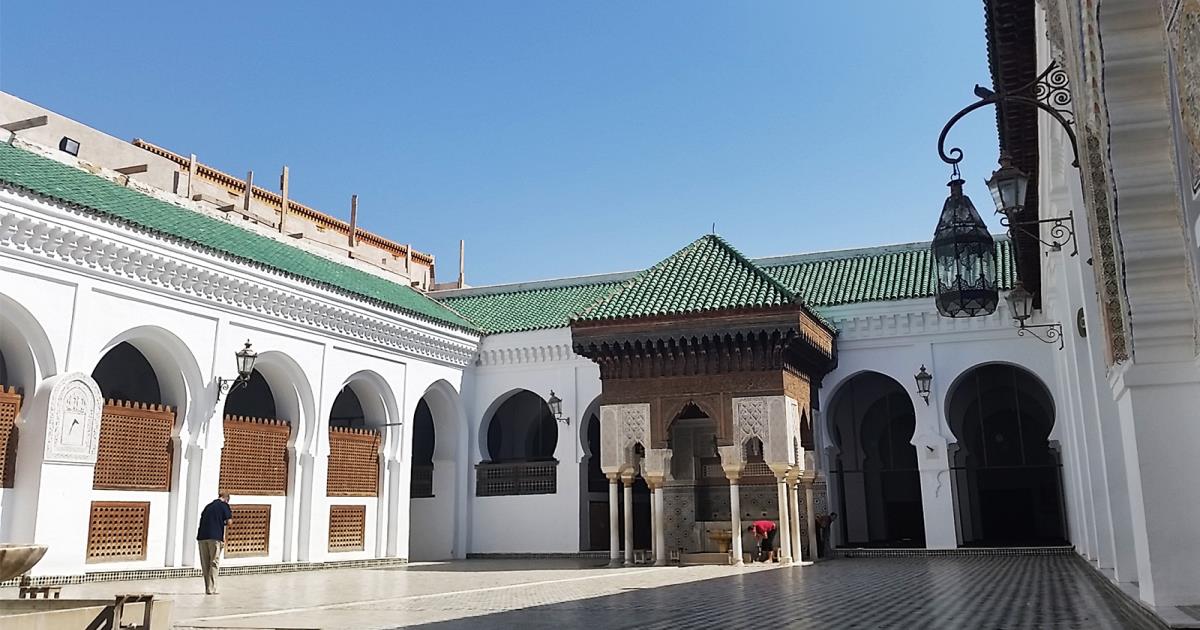 Morocco Fez Tours presents amazing tours around Fez. Tours that will introduce you to the Moroccan history and well-known monuments such as the following: Al-Karaouine University.

The University of Al-Karaouine is located in the west of Fez city in Morocco. It has been transformed from a small mosque into a huge multiple-utilities facility thanks to the many expansion and restoration processes.

Initially, the university had an area of ​​250 meters, with a semi-square design as defined in the first Islamic mosques, with a length equivalent to 39 meters and a width of 32 meters. Then it was expanded during the reign of Abd al-Rahman al-Nasser, the ruler of the Umayyad dynasty in Andalusia.

As The University of Al-Karaouine was unable to take the capacity of its patients, Prince Ahmed bin Abi Bakr Al-Zanati initiated to work on expanding its area by 2748 meters. During a council of jurists and scholars held in 1137 AD, it was agreed once again to reform and expand the university, as it acquired lands adjacent to the building and was annexed to it.

After that, during the reigns of the Almohads, Merinids, Wattasids, and Saadis, the interventions targeted furnishing, creating facilities, decorating with chandeliers, and creating the famous fountain in the middle. Reforms continued more than once during the reign of the Alawites Sultans.

The entrance to Al-Karaouine University in Fez is divided into 17 gates, the most prominent of which Bab-Semmarine, the main gate. It is distinguished by its green domes, its ancient wooden Mihrab, and its circular fountain that mediates its courtyard. Its roof is divided between a covered part and an open part on the sky, and the area of ​​the villagers today is about 5845 square meters.