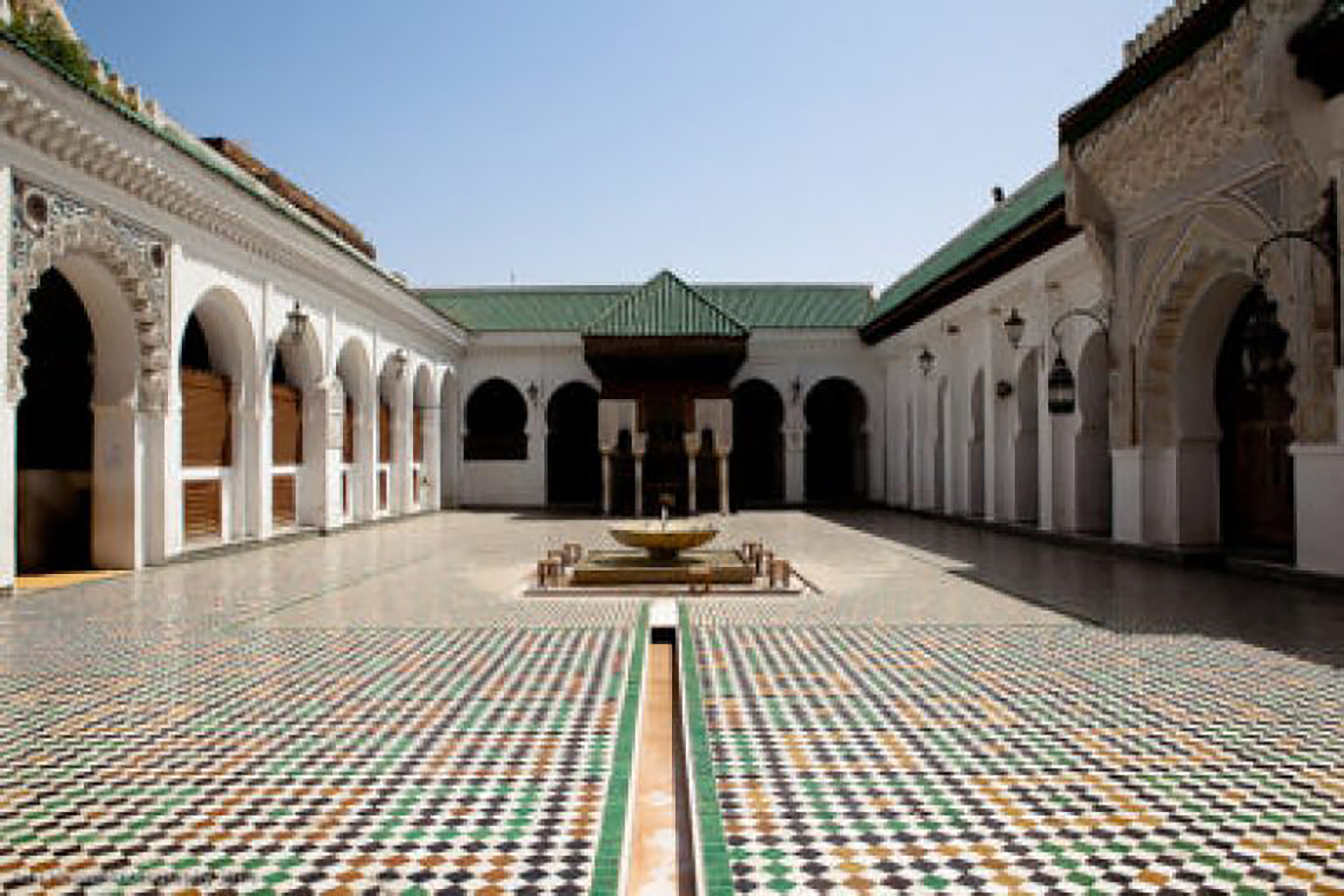 It is taken for granted that Al Quaraouine library Fes, is the oldest library in the world. The library contains the oldest masterpieces books of all civilizations.

Built by Fatima El-Fihriya a woman who dedicated all her fortune to build this school for the whole community. The library,founded in 859, is an overwhelming beacon to many scholars, poets and researchers all over the world, due to its retained manuscripts like: philosophy, science, astronomy,hisroty. In addition to, they are written in many languages such as English, French which back date to the seventh century.

Philosophers who attended this university-Library :

Al Quaraouine, according to UNESCO,is the oldest educational institution in the world. Besides, it was a place of knowledge for many scholars and alumni such as : the philosopher Ibn Al-Arabi and the economist Ibn Khaldun; their works are still preserved in the library till nowadays. While in the medieval ages it played an essential role of transferring knowledge and information between Muslims and Europeans.

Al Quaraouine library Fesconsists of ornate wooden big doors and shelves carved with geometric patterns and Arabic calligraphy that surprise everyone who visits it. The air is really moist and you can smell the wood that makes you feel you are in the medieval ages on your fez cultural tour. Nowadays the library is opened to the general public and the government is taking care of it to preserve the traditional character with a modern touch.

Al Quaraouine library Fes is the ancient library in the world; it is renovated but retaining the original character of that period.